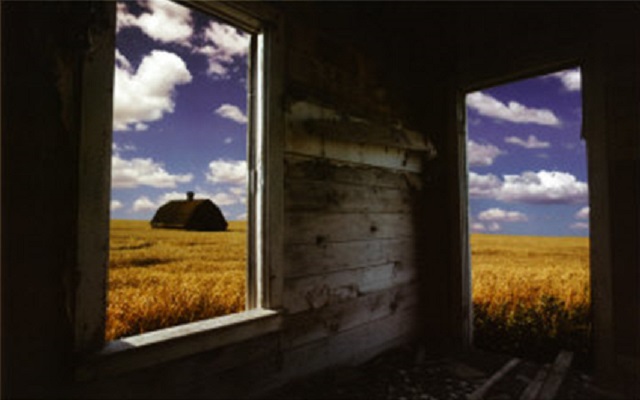 There are always two sides to every story. It is a sign of intelligence to keep an ear out for the other story, the story no one is telling, the one that’s not popular. This makes us look closer, broaden our perspective, and stop us from jumping on the bandwagon. In other words, it makes us sceptical. This is a valuable way to be in these times of volatility and ‘post-truth’ where the opinions of a few somehow turn into the de facto truth for all. And there are many such strong opinions getting framed by our culture’s storytellers. Journalists call the people who support Trump racists, bigots and white trash. They speak with passion and authority. So they must be right, correct? Social scientists and marketing managers say millenials are lazy, entitled and narcissistic and these experts speak with so much intelligence and wit that we think they must be right. Feminists are quick to rubbish the ‘not all men are sexist’ argument that’s put forth by men. No, the feminists say. That is  BS. All men are innately sexist because all men are a product of patriarchy that has, for decades, empowered men at the cost of women’s freedom and dignity. Even if you think you’re not a sexist, you carry an invisible ‘attitude’ of sexism. You don’t know it’s there.

Compelling argument? Yes. Reasonable argument. Maybe not. Because the common, elusive flaw in all these arguments is generalization. A totalising explanation about a subject. An explanation that offers no possible ‘other’ way of seeing things. In other words, an explanation that comes with no scepticism whatsoever about its merits.

But my experience has taught me that one must be wary of people and institutions and ideas that have zero scepticism about their merits. I have learnt that this kind of approach, instead of championing the truth, can sometimes be simply turning profound fear and anger into an illusion of truth. The incredible amount of fear and anger in these cultural storytellers blinds them to any other way of seeing their story play out. America is going down the drain. Period. Millenials are useless. Period. All men are secret sexists. Period. No other story is possible.

I believe another story is always possible. I believe every story, no matter how it looks on the surface, carries a second story inside it, like how a fresco painting that sometimes hides another, older painting underneath its colours. I believe looking out for this second story is a way of allowing oneself to understand all the facts of a matter and hence, a way of respecting one’s intelligence. I believe the scepticism that this approach engenders does not make me weak; it makes me strong. I believe when we lose the power to consider another side to a story, we lose the power to be reasonable, functional, compassionate human beings. We jump on the bandwagon. We consume pre-digested opinions. We reduce our individuality. We cease to be ourselves. We become other people. We become the truths and opinions of other people.

So how does one exercise this power of seeing the other side of a story? It’s simple. Discover the power of questions. Questions are the key to unlock an alternative story to the current story.

Is it possible some people who support Trump may not be racists, bigots or xenophobes but simply anxious middle-class folks who are struggling to make the rent, put their children through college and retire in dignity in a globalised world they cannot compete in?

Is it possible that some youths born after 1984 can be hardworking, humble, and selfless? Is it possible that they are not wrong but instead, carry the first wave of an ocean of change the rest of us simply haven’t seen yet? Maybe, decades from now, work, marriage and every other concept we know it will disappear and be replaced by a different norm. What if millenials don’t look so stupid then?

Is it possible that some men in this country can respect women and treat them as equals? Is it possible that if a man passes up a woman team member for a promotion it can be due to her performance and not her gender? Is it possible that hitting on a woman in a pub is just old-fashioned sexual tension between genders and not connected to a desire for violence, disrespect or subjugation? If a man opens a door for a woman, is it possible he does it because he is a gentleman and he likes her, not because he thinks she is weak?

Question the stories you receive from your culture.

Questions and nothing else have the power to show us a different side to the story. The next time you find yourself nodding vigorously to another narrative framed passionately and authoritatively by another cultural storyteller, pause to think. Ask questions. Look for the other side. Know that side too. Be informed. Your stories don’t need to be bulletproof. They just need to be true. And the truth may be more complex than you think.