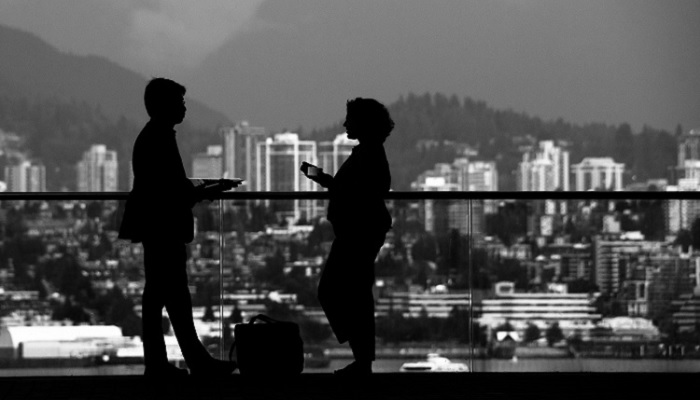 Why is it important to be rational during an argument? Because during an argument, emotions run high and tend to cloud our thinking. As a result, we say/do things that could irreparably harm relationships. How many times have you taken an aggressive stance in a workplace conflict only to realize later that you might have used a different tack for better results? These interpersonal fractures occur because we fail to think rationally – or fail to realize the other person isn’t thinking rationally. Both failures result in lowered mindfulness and this is what clouds the issue and escalates the conflict. In this blog I hope to give you a framework to think clearly during a conflict – both about yourself and the other person.

My framework is tentatively called the ‘relation-reaction’ framework because it works in two dimensions: 1) relation to the issue and 2) intensity of the reaction.

Here’s an example. A man and his girlfriend make a movie plan. One hour before the appointed meeting time, the girlfriend tells the man something has come up at work and she may not be able to make it. The man knows her problem is genuine but his irrational mind wanders: this is the second time this is happening this week. Is she taking him for granted? Does she have no respect for his time? Has be become expendable? These last few statements are NOT specific to the issue at hand; they are general points that reflect the man’s inner issues and not the real issue, which is that his girlfriend is having a problem at work. And so, instead of understanding her situation, he is judging her.

Let’s go back to the example about the man and his girlfriend. If the man acts on his feelings of insecurity and gets angry at his girlfriend, then he has faltered on both dimensions: 1) he has failed to stay specific to the issue and 2) he has chosen an inappropriate reaction, thus causing maximum damage when all he needed to do was think clearly and speak calmly.

Putting these two dimensions together, we get four responses in a conflict as the diagram below indicates:

Do you remember that person in the workplace or in your family who never loses his cool in a conflict? He sticks to the issue, refuses to get drawn into a larger, unrelated debate and most importantly, always adopts the opposite tone of his antagonist. So if his antagonist is shouting, this person, on the other hand, will speak in a lower but no less firm tone. This is the rational response to an argument or a conflict. The content of the person’s speech is specific to the issue (anchored in the situation’s reality and not in his issues or any other issue) and his response is always calm and constructive.

Do you know a friend or a colleague at work who does not take on a conflict squarely but instead retreats and gets cold with you? This person operates in quadrant 3. What has happened is the person has inwardly chosen a generalised (as opposed to a specific response) to the conflict but instead of getting angry he or she has internalized the anger and hence, outwardly appears calm. For example, your colleague disagrees with you during a meeting. It is not personal. He is speaking the truth. However, you perceive his words to be condemnatory of your abilities (an erroneous general response to the issue as opposed to a favourable specific response). Then, instead of getting angry, you stop talking to him. In other words, you sulk. This kind of an approach is harmful to professional and personal relationships as it gradually erodes communication and trust.

This is the response that is most damaging. How many of us have dealt with that ‘crazy’ co-worker or family member, the person who confuses issues and flies off the handle? Sounds familiar? Such people have a tendency to muddy the waters and hold up progress for everyone. They also demonstrate a surprising lack of self-awareness and insist they are in the right, despite the attempts of other people to prove they are mistaken. Such people are insecure and impulsive. One needs to learn to deal with this kind of person as well. More importantly, they are times when we ourselves unknowing become this kind of person.

Yes, on that note, all four personalities exist in all of us. When faced with an interpersonal conflict, our task is to recognize where we are and try and move to quadrant 1: ensure our thoughts are specific to the issue and our reaction is calm.

So our first task is self-awareness – knowing where we belong in the framework during a crisis. Our second task is knowing where the other person stands so we can figure out how to handle them.

In my next blog, I will outline strategies for how to deal with all 4 kinds of people.