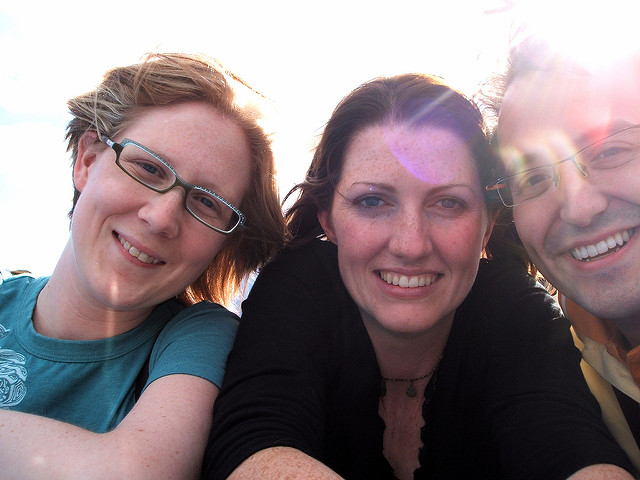 When we hear the word ‘vulnerable’ we feel an inner resistance. Vulnerability has been, for the longest time, equated with weakness. To be vulnerable in a situation means to have raised the risk of damage. No one wants to be damaged. We want to be strong and in control. But what if I told you that sometimes being ‘strong’ and ‘in control’ is a kind of self-deception? And that it probably keeps you from happiness, instead of ensuring your happiness?

Strength and control are forms of power. Not necessarily physical power, but emotional and even psychological power. Our society holds up this kind of power as a virtue. It gets drummed into us from a young age. Crying is a sign of weakness. Asking for help means you are a loser. Trusting someone too easily is a form of naiveté. Sometimes such behaviour is condoned in a woman. Women are expected to be ‘emotional’ and ‘fragile’. But a man cannot be that way. But in relationships and in the workspace, men and women have been taught it’s not in their best interest to expose a weakness, a passion, or anything that reveals the soul, the hidden inner being. If we do this, it is presumed, we give away our power. And when we do that, we give people the power to hurt us, to damage us.  But the irony is unless we give away our power, we don’t let the world in. This is the paradox of vulnerability. We let our guard down, only to raise our own stakes. Yes, we can also lose something in the process. But living this duality of meaningful victory and significant loss is the price for being vulnerable. It is the price of being open and free.

Let me give you an example. A man’s girlfriend is going on vacation. She is going to be away from him for a month. The man is terrified of being lonely. He is also angry at her for going away for so long. He is insecure. He thinks her vacation is more important than him. But these feelings don’t get expressed. They stay inside his heart. He puts on a brave smile and pretends he is alright. He puts on such a brave act he decides he is not going to tell her “I will miss you” despite the fact that he knows he is going to. Why does he do this? Because by saying “I will miss you” he exposes his fear. If the woman doesn’t respond in a positive fashion, the man will be heartbroken, yes? But what if the woman, upon hearing this, flings her arms around the man and kisses him and says, “I will miss you too! Very much. I hate leaving you. I didn’t want to bring it up. I was just trying not to get on your nerves by talking about it.” This is also possible. If it happens, it brings the two people closer. Now they have a more honest connection. The minute the man braved the risk of getting damaged (by telling her he will miss her) he also opened himself up to a whole new possibility in the relationship.

So vulnerability is really about better connections. And it doesn’t just happen in personal relationships. It’s also important to display at the workplace. If there is one thing we have been taught as managers, it is this: never say no, always say yes, figure out a way to do it, be a ‘value creator’, go the ‘extra mile’. This is all well and good, provided you have everything you need to achieve the task. But what if you don’t, which is usually the case all the time? We don’t have the vision. Or we don’t have the requisite skill to undertake a specific task. Or we simply don’t have the confidence. This is possible, isn’t it? What do we do in such cases? Do we ask for help or do we cover our weaknesses? In my experience at the workplace, everyone, me included, tended to cover their weaknesses for fear that if these weaknesses were exposed, it would affect our image and who knows, possibly even our growth.

But do you remember that leadership meeting you go to? Where, a very senior leader, is listening to your briefing. You are nervous. You want to make a big impression. So you use complicated words. Suddenly, the leader raises his hand and smiles. He says, “What is ERP? Please explain this to me like you would explain it to a child. I don’t know much about HR practices. I’m still figuring that piece out.” And everyone in the room laughs because of the incongruousness of the situation: a powerful, respected, admired leader is admitting to a big flaw. It’s obviously a joke to charm us, right? Wrong. It is not a joke. It is a strategy. If he doesn’t know something, he admits it and asks for help. He has learnt this is better than looking strong. When he admits his vulnerability, he finds people flock to help him. His connections with them also improve. He has learnt to ask for what he wants, sometimes even beg for it. He has learnt to appeal to people’s good sense when they make his job difficult. He has learnt to not be a fake and to actually put himself out there every single time. Now that he is a leader his vulnerability is charming, even endearing. But once upon a time, maybe it wasn’t. Also, his vulnerability is probably one of the things that made him a leader. People trust him because they can SEE him.

That’s when you learn to be honest and put yourself out there. Or perhaps you learn it at a big price, when someone leaves you or withdraws from you – at home or at work – because you are unwilling to put yourself out there, brave a connection, and go deeper. But you don’t need to learn it at a price. And you don’t always need to be so ‘strong’. The only weakness is being afraid to show the world your passions, those things that make you human and that expose you. Once you do, the world gravitates toward you like rivers move toward the ocean.

How to be vulnerable? Here are some simple tips.

2. If you miss someone, tell them.

3. Don’t see your fears as your liabilities. See them as signposts toward growth, toward better connections with self and others. Practise losing one fear every week.

4. Be honest about your feelings. This doesn’t give you the permission to be rude or desperate, though. But be honest instead of being clever or cool.