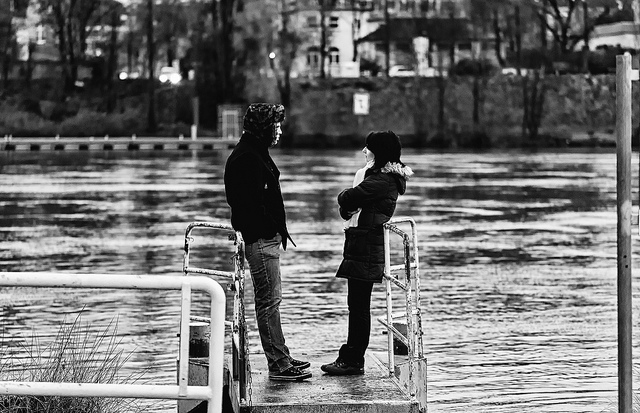 The rational response in an argument – part 2

This blog is a continuation of last week’s piece on the ‘relation-reaction’ framework. I developed that framework as a model to understand different kinds of responses in an argument and how to develop the most rational response which, to my mind, is also the sanest response. I spoke about two dimensions to approaching the model – 1) does the content of the argument have a specific or a general relation to the issue at hand and 2) does the tone and manner of the reaction tend to be hot or cool? As a result, we get four types of people in a conflict: the rational, the emotional, the passive-aggressive and the neurotic. In this post, we’re going to look at how to deal with each person.

This person is – and you might have guessed this already – the easiest to deal with simply because there is nothing to ‘deal’ with here. The person’s thought process sticks specifically to the issue at hand and does not confuse it or conflate it with anything else. Also, he or she is calm in their speech. And so with this person, you can speak plainly and confidently, in the knowledge that they will not take your words out of context or get angry. This is the kind of person whose advice and friendship I would prize highly.

This person’s heart is in the right place but they’re reactive. Their emotionalism tends to cloud the issue, and precipitate hard and fast statements/decisions – not always a good idea. When dealing with such a person, remember to acknowledge how they feel even if it happens at the cost of some rationality because the good thing about such people is sooner or later, they will come around. So let them feel understood and let their emotions be valued, or else – no matter how rational you are – they will feel undermined and could slowly turn into the passive-aggressive type. Either way, they don’t work for you; they work against you.

The person speaks and acts normally but their behaviour suggests something is amiss. Basically, they have jumped to the wrong, generalized conclusions in their head about the issue but they lack the courage or the confidence to step up to the plate and start the argument. So they argue covertly, in ‘stealth’ mode. They may use ‘drones’ to assess your mood and opinion, by way of other people. The way to deal with this kind of person is NOT to use reason because they are not listening. You need to make sure that you consciously set the boundaries / frameworks for conversation with this person so that you never lose sight of the issue because the conversation, once begun, can quickly spiral out of control. The passive-aggressive type feeds on emotional vulnerability so the trick is to not give in to the ‘silent game.’ But don’t go too quiet or it’ll escalate into a cold war and you don’t want that either. Keep the communication line open but be firm and polite on what you want to discuss and how.

This kind of person has confused the issue with something else altogether and is immoderate in their reactions. As a result, they can be the hardest type to deal with and many people are often flummoxed with them. It is pointless to use reason because it only acts as more fodder to the neurotic to counter-argue and present an alternate version of events. What this person needs – most of all – is an assurance that they are loved. They often have what psychologists call an ‘invisible injury’ that becomes their framing device for everything they see and hear in their world. Showing love and support to the neurotic is a strategy that needs to be considered after taking into account how important the person is to us. If the person is important then the person needs to know the plain truth narrated in empathetic terms- which is that they are confusing issues and being rude. Often, a clear, polite statement of the truth disarms the neurotic and forces them to calm down and engage in a calmer, more rational way. If the neurotic bulldozes past your attempts and get more difficult to handle, make it clear you do not want to engage with them until they can be sensible. Cut off all contact. Of course, if things get manipulative or nasty, you must take a call whether you want to report this person to HR.

It must be remembered that all four types of people exist in each of us. On a good day, I can be rational. On a bad day, I can lose my judgment, let my ego or my past get out of control and be neurotic. It is very hard to strike the right balance. Some people are genetically endowed with reason and calm. Such people are blessed! For the rest of us, it’s really a continuous DIALOGUE with ourselves and with others – always gauging thoughts and responses to know where we stand so we can moderate ourselves. In the end, it’s really just all about adopting an attitude of heightened awareness of self and others. If we know where we stand and where the other person stands, 50% of the problem is solved. Then we can think about how to defuse the issue using the above strategies.