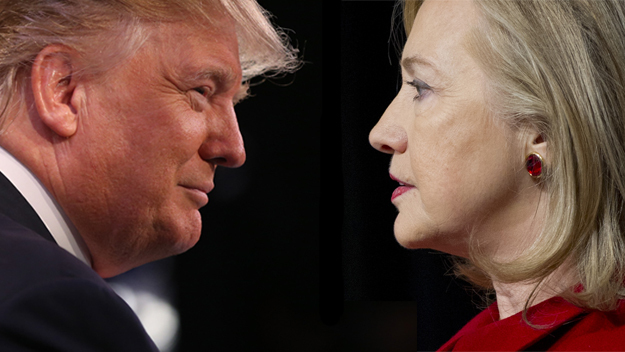 The rise of Donald Trump as President-elect has caused a furore in the US and sent shock waves around the world. But many election commentators and celebrities have said they are not surprised by the outcome. They believe Trump delivered an important message to the people who needed to hear it, something Hillary didn’t do so well. Those in Hillary’s camp, on the other hand, were surprised. They thought they had sealed it. All exit polls and pundit prophecies indicated a democratic win. And yet, when the numbers came rolling in, it looked like Hillary’s celebrations had started too soon. Observing the election over the past six months, right up to its no-holds-barred, nail-biting final month, I have learnt many interesting lessons that can be relevant to today’s leaders who want to capture the hearts and minds of their people during periods of change in their companies.

#1 Have a strong message that promises change

This is critical. Trump nailed it. Hillary didn’t. Trump’s message was ‘Make America Great Again.’ It’s a sensationalist message. It’s not entirely accurate (America is still one of the greatest countries of the world.) But it is clear and it promises change. People going through a period of transition – in a country, in a company – want to hear positive things that promise them their life is going to change. Hillary’s message was sane, balanced and incremental. That’s good for a small policy change. Not good enough for a big win. The fact that I don’t remember her slogan says a lot.

In every change journey, there are key stakeholders. These are the people who have the power to swing things in or out of your favour. In the recent US election that segment was white working class America which forms a large % of the country. These people were scared of a changing America. Trump promised them greatness again. They voted for him. It is liberal comfort food to assume all these people are racists, sexists and xenophobes. They are not. They are just good solid working-class people who have not been able to crack it in the globalization game. Hillary did not address these people. She spoke to the elite. But change happens at all levels, especially the middle and lower levels. That’s also where the numbers are. Make the right people feel understood during your campaigns. Do not assume everyone is on the same page as you because they are not.

While Hillary safely stuck to the script, she sounded boring. Trump, on the other hand, swerved dangerously away from the scrip but he sounded interesting. Some people called this ‘politically incorrect.’ Indeed, a lot of his talk was divisive and medieval. But the lesson for us is he was bold enough to speak off script and break the message mould. People don’t like canned messages. They respond to real messages by real people.

#4 Have your facts at hand

Clinton went into every debate with the facts close at hand. Nothing she said was unverifiable. This is important. Don’t steer a change journey in your company without knowing the facts.

#5 Presentation is as important as experience

The verdict is that Hillary was more qualified but that Trump was the better candidate. This is true. Hillary has served in public office. Trump hasn’t. Hillary has served under the current president. Trump hasn’t. Hillary has passed bills. Trump hasn’t. So how can someone with so much experience lose to a real estate mogul? It’s simple: presentation. From the beginning, Trump’s presentation was strong, ambitious and full of the common touch. He was also smart at being unpredictable and fuelling speculation about his next move. All these things contributed to his mystique. It’s ironic that the right candidate didn’t have the mystique and the wrong candidate had plenty, even if it was negative. But it underscores the point: presentation is important and in some unfortunate cases, it can ‘trump’ those who have content and experience!