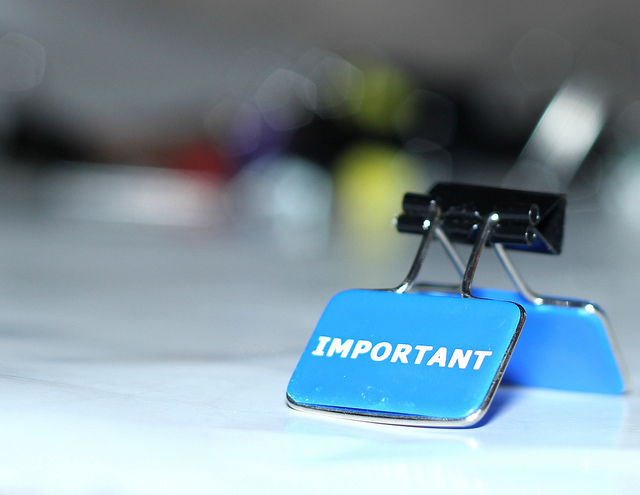 Recently I met a friend who told me he was very preoccupied. When I asked him what the problem was he unleashed a web of emotions: his business was experiencing a lot of volatility, he was worried about the future, his parents were getting on his nerves, his wife and he were experiencing friction in their marriage, etc.

I told him, ‘Let’s list down all your problems and tackle them one by one.’ We did this and arrived at a long list. Then we started to combine two or more items that were related. Solving one could solve the other. For instance ‘Not having enough investments for the future’ was a problem that could get solved if he tackled another larger problem: ‘Making more money by growing his business.’

So after streamlining the list this way, we now had a smaller, more focused list of problems. In doing this, he had also unwittingly narrowed the list down to his core priorities. I then asked him to examine this fresh list and pick out the one thing that was top of mind. He pointed to ‘Making more money by growing his business.’

We explored that item for a while. It turned out he didn’t want to make an obscene amount of money. He just wanted to earn a comfortable amount on a sustainable basis. He then said, ‘If I make money, everything falls in place. If I don’t, I get depressed and that in turn affects my relationships.’

In one stroke, he had arrived at what I call the Lodestar Priority of his situation: financial security drove a lot of his self-esteem and happiness, and it correlated with many other things in his life.

So I advised him on how to focus on that priority by making a plan to grow his business and then really working that plan diligently. If he did this, everything else – in his own words – would fall in place. He left the meeting with a sense of clarity, purpose and confidence.

We all have a Lodestar Priority.