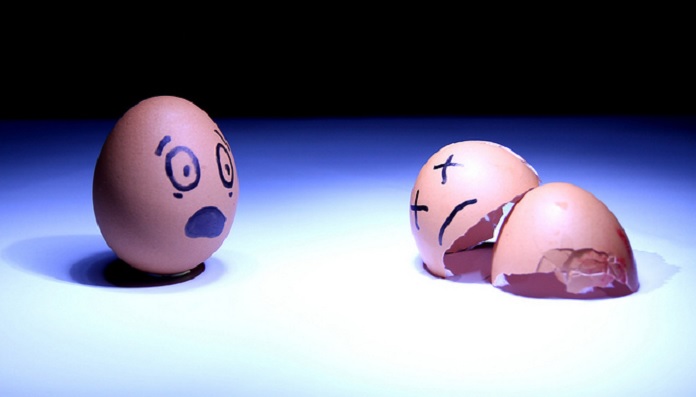 The other day, one of my clients told me he had ‘screwed up.’ Apparently, he was in a chat window with one of his team members. He was unhappy with some work she had done. He typed the following sentence in the chat window: “This looks like something you copy pasted out of Wikipedia. It’s terrible.”

The response from his team member, one of his most reliable workers, was immediate: surprise, confusion, hurt. After another minute of chatting, she excused herself. He knew why. She was upset and didn’t want to talk to him for a while. “As soon as I said it, I regretted it but I couldn’t stop. I went on and on,” he told me. “I sort of lost my handle on the issue. Her reaction was too emotional. But my handling of the situation wasn’t exactly balanced either. I should have done it differently.”

This is a problem a lot of people face. Over-reaction. A confusing and inappropriate level of anger or fear in a situation that demands either patience or appreciative enquiry. It has ruined people’s relationships at work, caused friction in marriages, ended relations between parents and siblings, and even, in some cases, led to violence and irreparable damage. We have access to truth and kindness in our minds. But it gets buried under anger or fear. How to access it? How to use the right words that will convey our thoughts without jeopardising our peace of mind and the wellness of others?

As I was thinking about this, I saw a post on Pinterest that caught my attention. It said:

Before you say it, think:

I read that and was reminded of the communication model we learnt in college. Sender. Message. Channel. Receiver. Why did I think of this? Might this old model yield a method for preventing over-reactions? I grabbed a notebook and started to make notes. Soon, I devised a model to prevent over-reaction based on the original communication model. I plotted what I made to what my client had told me. Here’s how I think he should have acted instead, in the situation he described to me.

Who is he? Is he her ‘boss’? Or is he more of a ‘mentor’ and ‘friend’. If it is the latter, then he needs to keep that in mind. It influences what he says and how.

Who is she? A new joiner? No. A notoriously lazy worker? No. Is she hardworking and sincere? Yes. Remember that.

Is what he wants to say true? Is the work she has done truly ‘terrible’? No, it isn’t. It may not be as great as what he had imagined. But it is certainly not ‘terrible’.

Is a chat window really the right medium to deliver this message? Not really. Bad or complex information must always be delivered face to face.

Is this the correct time to tell her the work she has done is ‘terrible’? You know she’s recovering from a bad flu and despite which she has been working. Can we say this later?

Are you being kind? No, he wasn’t kind. He was rude.

I shared the model with my friend. “It’s great, but there’s just one problem,” he said. “What is that?” I asked. “Who is going to remember all this during an issue?” he laughed. He was right. But I said, “Is this the right way to go about it?” “Yes,” he said. “In that case,” I smiled, “We can start practicing. Over time, maybe it can become like a conditioned reflex.”