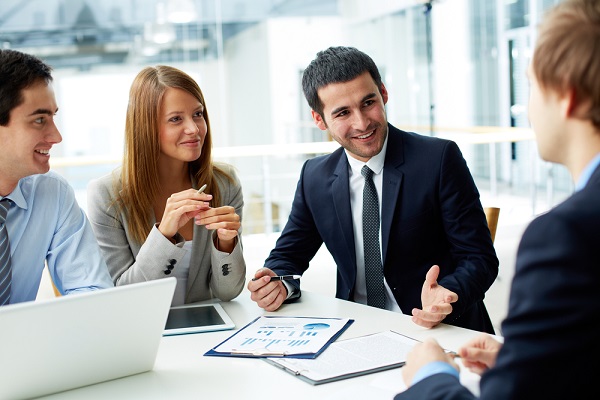 To successfully collaborate, change the story in your head

What story in your head has to change?

At Chapter Two, we believe real and lasting change begins with the story you carry around in your head. Stories are rooted in beliefs. So that means when beliefs change, stories change. And when stories change, you can move the world. Stories are more powerful than nature and/or nurture. After Steve Jobs failed with the Mac launch and eventually got fired from his own company, he didn’t get disillusioned and pack his bags. He went back to the drawing board and started all over again. Five years later he was back at Apple. In a short time from there, he had launched products that changed at least 3 industries – music, mobile technology, and computing.

How did he do it? Two strategies:

1. He never stopped believing in the story in his head

2. He collaborated with people to turn his vision into a reality

So what kind of story is required to build a workplace that hinges on collaboration?

The first story to attack is your own.

The Danger of Solipsism
Solipsism is the belief that one’s reality is the only legitimate one, and that all other realities are either not real or are, in some way, inferior to one’s own reality. As unfair as this sounds to an educated, thinking person, many of us actually live this thought process day in and out. We tend to take for granted our version of reality and subconsciously discredit the other person’s reality.

Let’s take an example. You are given the responsibility of driving a project to its launch by September. You have done this kind of project before. It’s challenging but it is right down your alley. You already have a lot of ideas and tools in mind that you believe can make the project successful and memorable for its stakeholders. Then you do your first meeting with the team. You discover most of your new team members are young. They are under thirty. They are hooked to their mobiles, super active on social media and speak a strange new language. You have already decided that these people are no match for your knowledge and experience, and that you may have to teach them a thing or two. But as you go through the discussion, you discover their views are strong and contrarian; they have new ideas on how to go about the project and they do not give in so easily. They also have examples and metrics to support their case. So you decide you will need to expand your approach in order to incorporate these young guns and their ideas. When the project goes live, you discover many of their ideas were useful.

1. You were able to expand your notion of reality to include the reality of someone else. This happened because you realized that there was another version of reality that was just as legitimate as your own. You couldn’t ignore it. The minute you accepted this, your mind opened.

2. When your mind opened, you were able to have a more productive conversation with the others. As a result, you discovered the new reality influenced the outcome positively.

In other words, the reality you have been ignoring is not just valid, it has an impact on your world.

This is the first and most important building block in changing the story in your head to suit a more collaborative style of leadership and decision-making: acknowledging the ‘other’.

Our first response to the ‘other’ is to reject it or reduce it in our minds, simply because it is new and does not sit well with our convenient, well-ordered belief system. But change and growth happens when you expand your worldview, when you collaborate!

So what specific behaviours can you adopt to live this story every day? There are three things you should do religiously:

3. Choose the greater good over personal good: This is simple. If more people are happy, then the future is better. If fewer people are happy, then the current happiness is short-lived. If you practice this in your work, you will be more informed on issues affecting everyone and make decisions that help the collective as opposed to just you or a few people like you. Doing this takes patience and sacrifice. But in the long run, these kind of decisions contribute to collective happiness and when the ecosystem is happy, it becomes easier to get things done.

4. Don’t disagree with something unless you have thought about it: When someone makes a suggestion that seems to run counter to what you have in mind, hold that thought. Don’t disagree just yet. Why disagree and eat your word later? Think about it. You don’t have to answer just yet. Tell them you will get back to them. Later, you can craft a more informed response.